Igrane and its surroundings

A little about Igrana: Rows of old renovated houses on a steep slope, with newly built, form a harmonious whole village with 400 inhabitants, which slopes towards the sea to the harbor and a long pebble and sandy beach. Above the place rises the slender bell tower of the Church of Our Lady of Rosary, which seems to oversee the village. Nearby is Zalina tower, built during the war in Candian, which commemorates the time of the fight against the Turks, in which stood out Zala Antičić, after whom the tower was named. Today, Igrane is a famous tourist resort with many hotels, holidays and apartments, a beautiful beach and sports and entertainment events. Along the long beach towards Živogošće along the promenade, comfortable houses and villas, cafes, shops and restaurants were built. Igrane, once a traditional olive-growing center, has not abandoned its olive groves to this day, but is restoring them, and a state-of-the-art olive processing factory has been built together. Above Igrane is in the ancient olive groves Church of St. Mihovila from the 11th century, the most important medieval monument on the coast of Makarska. The Baroque Šimić-Ivanišević chateau was built near the port in 1760. Sarcophagi found in the cemetery testifies to the existence of the settlement in Roman times and the name Igrane was first mentioned in 1466.

Above Igrane via Biokovo on the north side stands the old settlement of Gornje Igrane, a mountain village of several villages, from which the inhabitants gradually moved to the sea, where they had their own land, vineyards and olive groves. After almost inaccessible, sparsely populated, today the modern road D512 from Vrgorac to Makarska passes through these settlements. 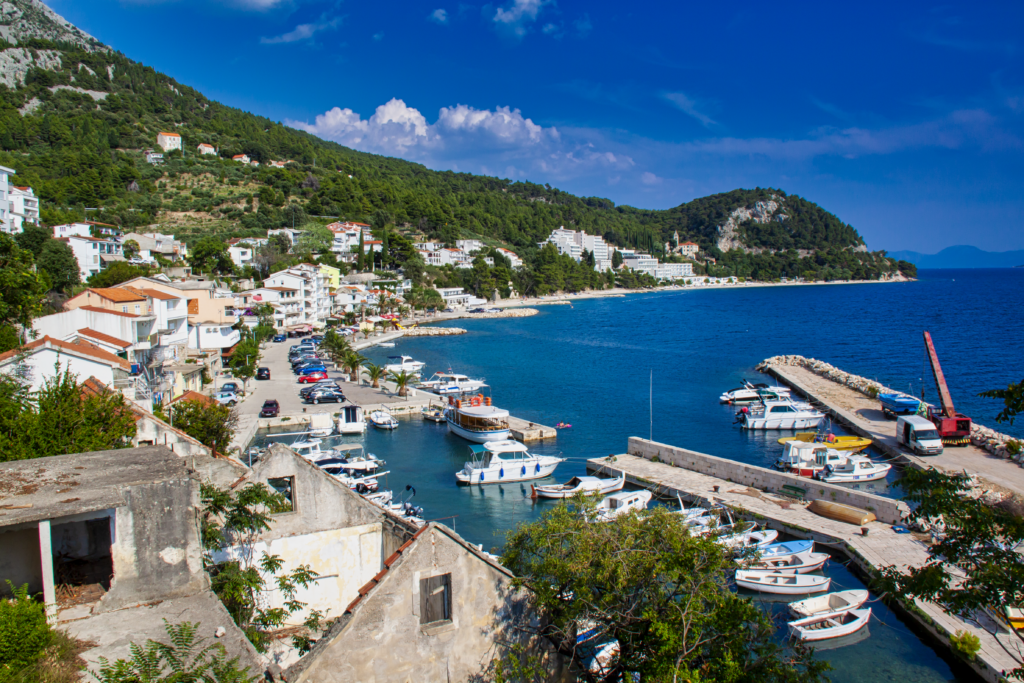 Živogošće is a coastal settlement on the Makarska Riviera, which administratively belongs to the village of Podgora. It consists of 3 smaller ones (Porat, Mala Duba and Blato), located about 1.5 km along the coast. Fifty meters above, along the old road, are the old parts of the settlements of Strnj and Murava.

Due to its geographical location, the Makarska coast is one of the warmest parts of Croatia. Mount Biokovo protects it from colder influences and is completely open to the sea and islands. It has all the characteristics of a Mediterranean climate: hot and dry summers and mild winters with plenty of rainy days. The area has more than 2,700 hours of sunshine a year, which favors the development of tourism, which is the dominant sector. The winter is very mild, but the bora brings low temperatures and can cause more material damage, especially in the north of the Makarska Riviera, where the cold front penetrates the Dubka pass. Snow is very rare. The coast of Makarska lies in the villages of Brela, Baška Voda, Tučepi, Podgora and Gradac and its center is the town of Makarska. It is surrounded by the Omis Riviera from the west and into the Neretva valley from the south and from the Imotski region inland is separated from the mountain Biokovo and from the area of ​​Vrgorska by the mountain Rilić 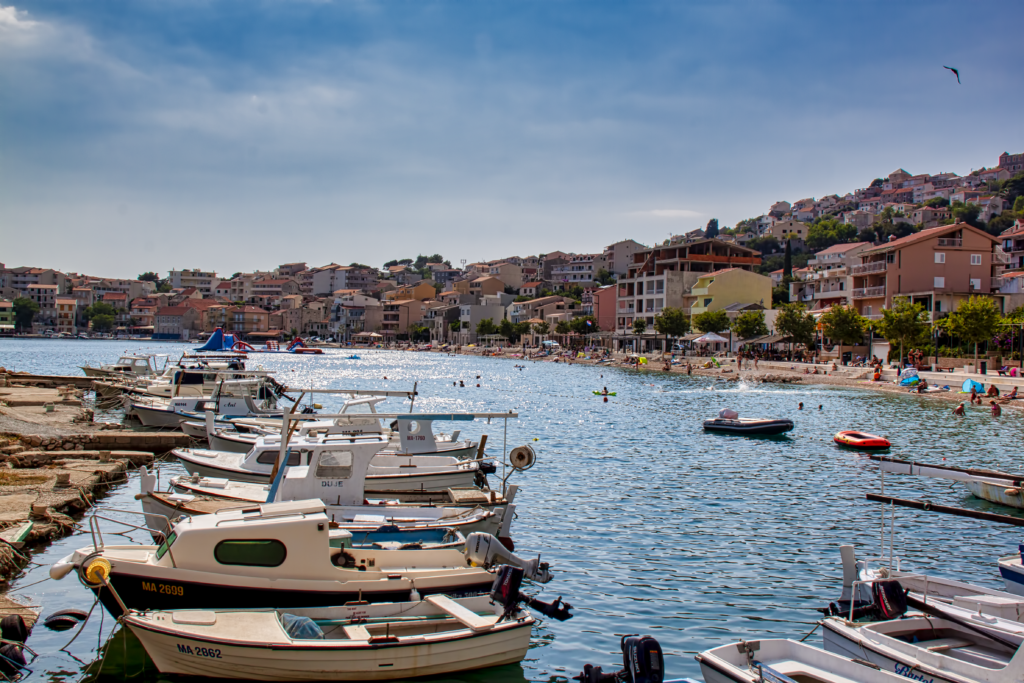 Warning: A non-numeric value encountered in /web/htdocs3/alpinetrainzcz/home/subdoms/my/wp-content/themes/thegem/inc/post-types/init.php on line 501

Igrane and its surroundings